[H]aving some health issues or problems that aren’t good for your, what would you? You all might answer you will visit a doctor, a family doctor in concern. Doctors are indeed the one who helps us and get us well. If we are feeling down, having any health issues, we visit our nearest doctors. Doctors, after all, are concerned as the life savers around the world. They spend their entire lives learning how new health related issues and study like no one actually could. Even engineers! 😛 *cries*. Let’s just consider the fact; Doctors have been since medieval age. Talking about some medieval doctors, there is a lot to know about them. But have ever to think what type of doctors would be there in that medieval doctors?

When your doctor decides to shove a vase up your butt in the middle of a field in broad daylight.

When your dentist has to pull a giant fucking tooth worm thing out of your mouth.

When the “Plague Doctor” shows up in a scary ass bird mask, looking terrifying than the actual plague itself.

When you have food poisoning but your doctor doesn’t want to get any puke stains on his new velvet robe.

When the entire medical team decides to get absolutely trashed before your head operation.

When your physician is pissed because they have to sweep the bugs out of your hair for the 100th time. 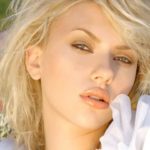 10 Most Sexiest And Hottest Hollywood Actresses 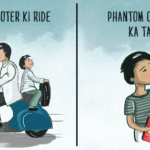 10+ Pictures You Should Relate To Just 90's Things