India! India! India! India! Don’t you worry it is not any typing mistake that I have written the name of a country multiple times consecutively to create a feeling of shouting of words? By the time you read the previous sentence, you have already figured out that I am and India right? Well, I am not saying it in a negative sense as we Indians are familiar with these Obvious Indian Stereotypes. I was talking about the country here, see what’s coming next.

Indians are judgemental people they will start making judgments about you from the moment they see you and the first few words that come out from your mouth are enough for the other person to decide and figure out from which Indian state you belong. Isn’t it a cute little super power? LoL, Let us see what these Indian stereotypes tweets tell us.

Guy *goes to a shop*

Where are you from?

Oh, at which traffic signal do you spend most of your time? https://t.co/5CNktSwBgZ

#3 Brits please stay away from us, you gonna lose.


#4 Banana and coconuts count on you, Kerala.

Where are you from?"
"Kerala."
"Ohhhhh coconut"
"please dont"
oooooh BANANAAAAA https://t.co/0fPZgtK8b0

#6 Its not just the computer city please.

"Where Are You From?"

#7 Its all about kidnapping and getting kidnapped.

#8 Kolkataites have reversed the language genders.

Girl *moves to another country from India*

"Where are you from?"
"Goa"
"Ohhhhh…Goa has nude beaches na??"
"Please dont"
"Duuuuude…Tell me where I'll get good maal maaaan"
"???" https://t.co/qIXdKEhXGu 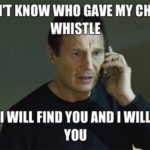 10+ Parenting Memes That Will Make You Laugh So Hard... 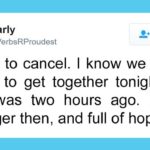 10+ Hilarious Introverts Tweets That Are Worth Cancelling Your Plans...