[T]umblr is the glory blog update days. Tumblr has been very popular among the audience who love to express their ideas and views. It is a great platform for all the people whether you want to express yourself, share something or tell the world you have arrived. Tumblr is such a great platform that you could connect with people across the global. There are a lot of individuals across the world who connect, follow and express themselves via Tumblr. Some turned out to be serious posters while some of them are so awesome at sarcasm, trolling, fun & entertainment. So we think of self apart from that how we’ll go. There are a lot of Funny Tumblr posts that you will surely be going to love. We wanted to share them with you.

People are so funny that they gonna rip themselves apart from the world in the matter of trolling. They take fun and entertainment at a whole new level. They are so pretty obvious in giving up stand-up comedy that everyone will love. These funny Tumblr posts will surely make you laugh. The purpose of these funny Tumblr posts is to make surely you get the daily dose of laughter with us again. So go ahead and let’s give it a spin! 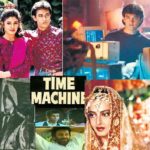 10 Bollywood Movies Never Released That You Should Know 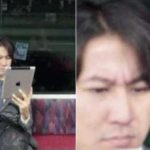