Bollywood industry is known for producing the best of the movies in the world but one thing that you cannot control in the industry is the controversies. Bollywood celebrity always get caught in some awkward moments during their photo shoots in parties and events that sometimes becomes a bottleneck for them. These Bollywood celebritiy get questioned about these not so looking good pictures in their interviews and most of the times they cannot do anything but stays silent on these uncontrollable moments that they had. Here are some of the pictures of famous Bollywood celebrity that went viral on the internet.

#1 Katrina Got Caught With Siddharth Mallya.

#5 The Great Indian Khali Taking Over The Bollywood’s King Khan.

#6 The Gay Lovers Of The Bollywood In The Pictures.

#7 Even The Sports Stars Cannot Resist The Bollywood Beauties.

#8 When You Have Money You Do Own The World, Siddharth And Deepika. 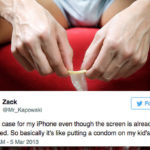 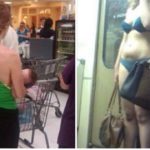