[P]eople often make mistakes and these mistakes generally go unnoticed unless made by someone who cannot go unnoticed, Elon Musk is one of the celebrities who make an impact wherever he goes and whatever he does. A lot of us have made him our ideal and ideals don’t make mistakes right? Well, it’s just an assumption and this Elon Musk Tweet has proved it right. Still thinking what am I talking about? Elon Musk Tweet about what he thinks and when he thinks something he makes his followers know it by sharing his thoughts through tweets on twitter and let his fans react to his ideas. He often indulges in discussion with critical also. But recently this man made a blunder mistake, Elon Musk tweeted his cell number on Twitter.

Whatttttttttt!!!!! This was my first reaction too. Although the tweet was deleted within few seconds as they say if something is dropped on the internet it stays somewhere and somehow in some form and yes there is not taking it back.We have an audience who have flooded his private cell number and guess what this man never fails to amaze them there too. No No don’t you go that far he is not answering each and everybody’s call? He instead has set his voicemail to play the quotes an easter egg from the video game “God of War”. I can bet this person is one of the most important people you have to keep on your favorite list forever

The story happened something like this, Elon Musk was in a personal conversation with VR CTO John Carmack, So the self-disastrous Elon Musk Tweet must have been aimed at him as a personal message which got misfired as a Tweet. 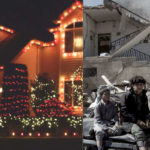 Christmas In Yemen: I Created Thought-Provoking Billboards To Show The... 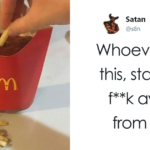