Game of Thrones is an American fantasy drama tv series inspired by a series of fantasy novels. Is this description required for the most viewed Television series? GoT has attracted the largest viewership with the most active fan base for any tv show created in the history of humankind. I am not even boasting you say a word about the game of thrones end it would be a topic of discussion among people for the rest of the day. On the other side if you are the one who hasn’t watched the series you would be treated as a homie and will feel the odd one out.

Season 7 is the latest one of the series season 8 will be released. It is believed that season 8 would be the finale of the Gome of Thrones series. No matter how many episodes of the TV show got released but there are certain pictures that you may never want to forget and even if you wanted to your mind would let you down erasing the. After all, it has also become an admirer of the greatest show produced by humans. Let us see some of those pictures that are already fit in your memory.

Ten minutes into "Castle Black & Chill" and he gives you this look… #gameofthrones #castleblackandchill pic.twitter.com/sDj0A2H03k

#2 Start drinking and you never have to think of the things.

Remember this meme girl?? This is her now, feel old yet? #GameofThrones pic.twitter.com/95XXL2iGzC 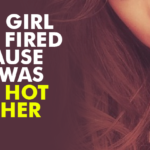 This Woman Was Fired From Her Job Because She Was... 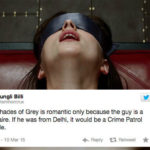 17 Tweets That Will Make Every Indian Girl Go “Ohmygod...