[H]ilarious Reality means to convert some art into reality. If a person of a family is a photoshop artist, then he/she can convert your art into reality. Like someone draws pictures on paper and they convert pictures into reality by applying some effects on it. Children are very creative mind and draw various drawing on paper which they see in their daily life like they draw pictures of some person, animal, vehicle etcetera and some people are photoshop artist who takes the concept from that pictures and by applying special effect convert them to hilarious reality. A son draws so many pictures in his drawing book and dad turns his sons drawing into a hilarious reality.

Here Readers Cave presents 16 pictures drawn by a child and his dad turns his son’s drawing into a Hilarious Reality.

By seeing a doll, his father creates a ghost standing behind the doll, which is similar to the doll.

#2 Baby Love Both Unicorn And Rainbow.

Baby loves both weather and animal so he draws a unicorn with a combination of a rainbow.

Father convert his drawing to Paddington.

The concept of the bunny is applying on the rabbit which is drawn by the child.

He draws what he saw. 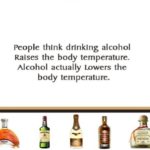 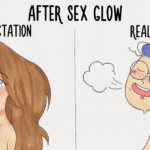 I Illustrate My Everyday Problems As A Woman In Funny...