Dogs are the best friends of humans; we love these creatures too. Dogs fall in the category of most loyal mate one can have. They live for us from the age of a puppy until they turn into an adult Dog which can live from the age of 5-15 years. We as human beings are also doing our little part by honoring them making them play games and hosting them with ourselves. Animal Planet has dedicated a whole event in the name of Dogs; they call it Puppy Bowl. Puppy Bowl is an annually TV program that mimics an American football bowl game. The game involves the puppies from shelter houses and rescue organizations. The commentary on the actions of the dogs makes the show more lively and entertaining. Puppy Bowl 2017 is around, and we are here with some highlights.

The first Puppy Bowl was aired on February 6, 2005.Puppy Bowl 2017 XIII is scheduled for Feb 5, 2017, featuring 78 puppies from 22 states.Several special-abled dogs will be featured in the show which includes Lucky, a three-legged dog, a deaf dog Doobert and Winston, a low sight and hearing-impaired dog. If we talk about the statistics from previous year i.e. 2016 more than 2.2 million tuned into the airing of Puppy Bowl.

#2 Take a zoomed shot of mine. 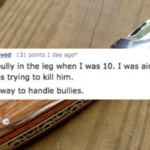 13 Dirty Secrets Parents Never Ever Reveal To Their Kids! 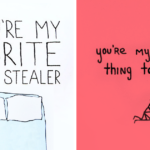 20 Funny But Honest Anti Valentine Cards For Couples Who...