The best part of that show no one knows who will become the reason of sweet insult. Actually, whole Audience is ready for it. Bollywood celebrities come in this show for promotion of their movie(s), and they act as a part of the script. In the beginning of the show, Kapil Sharma introduces the invited celebrity or guest, discuss his film or promotion, share some amazing memories and ask ordinance for any query.

Now we introduce one of the famous and most entertaining characters Rajesh Arora. He is a Mashoor Gulati’s cousin Who belongs to Delhi. That character always puts a playful smile on his face and gave a continuous comedy punch on the bumper and another team member. The famous dialogue of Rajesh Arora is ” Muje Tumari Ye Baat (as well shakal) Bilkul Pasand Nahi Aye.” The funny situation goes amazing when Dr. Mashoor Gulati argues in Rajesh Arora’s conversation and answer with his witty dialogue “Aise Kon Karta ( Bolta ) Hai Bhai.” Readers cave share some suspicious punch and conversation by Kapil Sharma in Rajesh Arora Jokes.

#1 One of the best compliment.

#2 No one stop Rajesh Arora.

#3 Lol equal and opposite reaction. 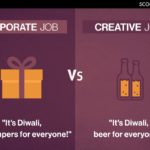 10+ Hilarious Posters Showing The Differences Between Corporate vs Creative... 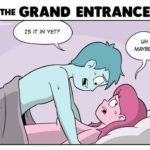