Nowadays, cell phones are getting smarter and smarter every day we can see that a mobile gets launched with some new and innovative feature. Apple being one of the most prominent leaders in the smartphone industry always comes up with unique and remarkable functionalities and of the best of them is an Artificial Intelligence based bot Siri which is infamous for its conversational skills. So here we bring some of the Sassiest Responses from Siri that has amazed the asker.

When we have the bots doing the job for you why worry and these Sassiest Responses from Siri are full of humour.

#1 When Siri Can Answer You Better Than The Real Humans.

#2 Siri Has Got Senses That We Usually Ignore, Good Job Siri!

#3 Even The Siri Knows You Are Single, Poor Poor Poor What I Felt.

#4 You Don’t Know? Siri Go Get A Life And Then Answer This.

#5 Can You See That The Siri Is Scanning Your Body Parts When You Sleep. 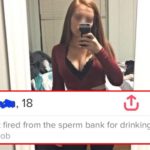 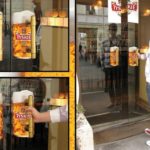