[W]omen empowerment has become a significant topic of discussion and introspection when we talk about the development and economics. It is believed that the world initially was a patriarchial society, means men were the controllers of everything and women were not able to enjoy the same rights and resources like assets income, etc. With the passage of the time, the liberalism began to overtake the Orthodox conservativism, and people began to realize the need for equal rights for everyone without discriminating anyone by gender.Though we have been talking about this from centuries, 21st century has seen the significant improvements than ever before, and these tweets by women are the live examples of the same.

Women have started using the internet as a tool of empowerment. Thanks to the social media websites that we can be heard directly by all who have access to the press. So now no need of approaching someone who is powerful to be heard, just a post on social media can make you reach beyond the boundaries that you never actually crossed. I am not going into the topic of feminism as it gets controversial always rather I am showing you some sweet but sarcastic tweets by women that are intended to make your brain spin.

#5 Alarming rates we are evolving at. 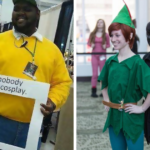 10+ People Who Had The Most Genius Cosplay Costumes Ever 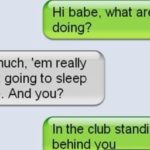 10 Hilarious GF Text Fails That Will Crack You Up