[D]o you know that MARVEL has created well above 7000 characters in their existence of 67 years? If you are planning to start to read about all of them let’s say at a pace of character a day it would still take you 19 years and two months to get hold of it, well that is a huge number. There are a lot of Marvel facts we yet didn’t know.We are here going to spend some 10 minutes with you on amazing you with some of the coolest Marvel facts that you did not know before.

We are here going to spend some 10 minutes with you on amazing you with some of the coolest Marvel facts that you did not know before. Think of something about these 7000 characters or Marvels. Marvel Facts are actually cool but that may eventually give you some surpirses.

Don’t get confused by vs.; it is not versus here. Darth Vader from the original Star Wars trilogy finds its origin from Doctor Doom the Super Villain. You might have noticed the similarity in their costume and techniques, have you compared the armies of both?

What if I tell you the Pop Singer Michael Jackson was incredibly ambitious to play Spider-Man that he tried to buy MARVEL in 1990’s just to fulfill his desire. Though the deal never went through. Just think for a moment had Jackson owned the MARVELS what would the scenario today be?

#3 When the MARVELS got punished

In the year 1995 MARVELS published an issue by the name “The Punisher, Kills the MARVEL Universe” in which he destroyed every single MARVEL superhero including himself. It is weird we know though you still want to skim through that issue lol.

There was an incident reported in 2002 where a child refused to wear his hearing aid as Superheroes do not wear any. Children will be children but wait there’s more to it “The Blue Ear” another not so famous superhero who wore a hearing aid as a superpower was introduced by MARVEL just to fulfill a child’s wish this is why we say MARVEL never disappoints their fans. 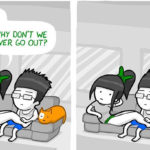