“I dream my painting, and then I paint my dream” Vincent Van Gogh has written it very well for the people. Everyone is unique and possess some talent. Artists are everywhere; there are a few who draw. I think it’s too poetic now; Photoshop has made everyone a painter right?. Just drag and drop a picture and the world is yours. If you can do some good and neat mouse clicks you may be the one who will rule the world. Oops did I say the word World and the rule? Can you recall something from these two? I am only making one thing out of this, Donald Trump. He is a renowned artist who made it to the Presidentship of the America. Donald Trump draws something, and it went viral over the internet.

Trump is the sensation of the social media; this is why you will find anything he does gets trending on the web. We have brought you the latest work of so honourable President of the United States of America, the one after Leonardo Da Vinci, Donald Trump. All those memes you encounter in your everyday browsing will fade after you see the tweets below from a parody account which has received a huge followers base of almost 145,000just after tweeting six times. Here we go, the tweets follow. Damn! Pardon me again for the poetic effect.

#2 How about Donald Trump’s picture? 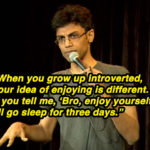 19 Times Indian Comedians Were Spot-On About Life, The Universe,... 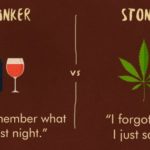 These Posters Hilariously HIGHlight The Differences Between Drinkers vs Stoners