[O]n February 22, 2017, NASA announced the proofs of the existence of 7 Earth Like Planets orbiting a start roughly 30 light years away from our Earth. Out of these seven planets, three are said to be habitable, and there is a strong possibility of the presence of the water on their surface as these planets lie directly in star’s habitable zone.

I believe most of the people over the net or is it better to say trollers who are just sitting and waiting for something to happen in the world. A breaking news hits the internet, and in hardly 0.0006 seconds you will see the Twittersphere exploding with memes and sarcastic posts. Discovery of 7 Earth like planets was not something that would go unnoticed, so here we are again with the best reactions on this discovery of planets like earth.

#3 Nobody bats an eye to the real routine.

#5 WoW it is something admirable, right? 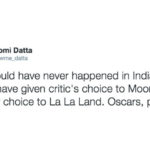 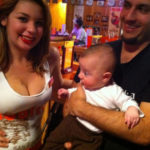 27 Most Hilarious Caught Staring Pics That Will Make Your...