Trump! Trump! Trump! Everyone is talking about renowned and honorable President of the United States of America, Mr. Donald Trump. I don’t remember a day passed without trolling the trump from the moment he won the elections in one way or the other. The most notable thing about these trolls is, they aren’t just coming from the States, but the whole world is united(almost) to contribute to this cause. European countries are taking this to another level. We will show you how the Troll Trump movement is going on and why it all started.

Trump has a slogan “America First, ” and he is trying to make it true doing it my way style. Netherlands ignited the fire by making a parody tourism advert in which they have asked to make Netherlands second. To fuel, the fire other European countries have started creating their parodies to troll Trump. Lithuania, Germany, Portugal, Denmark, Switzerland and Belgium have joined the race to become the second after the America being the first. Let us see who can convince the White House. 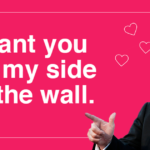