People are everywhere, with a population of more than 7 billion human beings, it’s no more a fascination to have your double(doppelgänger). A century before, people used to get amazed to meet their look alike. Not everyone out there is a common man. There are a few who are privileged to be celebrity lookalikes.

We have prepared a list of celebrity lookalikes for you to prove that being a star doesn’t make you privileged not to have a mirror human. Look at the pictures below and try to figure out the rate of similarity between the person and the celebrity. Obama is there, Leonardo Dicaprio found his match in Sweden.You name it list has it.

#1 George Clooney in a Turkish metro 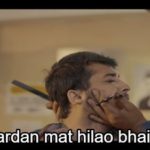