India, the second-largest country in the world in terms of population. The population has always been presented as a problem for the growth of country until a few years back from when we have worked on our mindset and improved it the other way. We Indians now believe our population, not a burden but a resource Now with the emergence of social media Indians are more than active than they have ever been to any other thing except manufacturing children.Indian Puns are a collection of some precious time that Indian citizens have devoted for the humanity by tweeting/posting a wholly new kind of updates on the social platforms.

English is no more the English in India, we have developed our own version of the language and we call it Hinglish (an exotic combination of Hindi and English united to reproach the world). This is why we are here to introduce you people with some of the most funniest Indian Puns that you can read and believe why Indians hit it hard when they hit.

#1 They have a new version of the keyboard.

#5 Cops roasted him into chips. 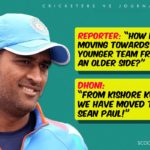 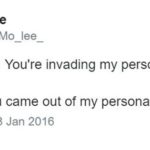 20 Hilarious Tweets By Moms That Explain What Being A...