That’s all for now. If we have missed any upcoming Hollywood movies that should be listed here, don’t forget to comment down below and react about how you liked our list. 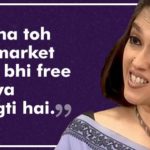