I have been to ATM’s many a times, and it happens once in a month that I see some crazy person, playing around with ATM. There are my instances when we are in a hurry to get cash, and some people just are not vacating the space. Although there are security guards, they cannot help much in these cases. Most of the times it is an irritating experience, but sometimes the thing gets funny and can be a real time pass activity for us.

Here, Readerscave community shows you some craziest pics of people withdrawing cash from ATMS around the world.

#1 Man withdraws money from Detroit ATM, a man innocently waiting in line proves just because someone is dressed like a thief doesn’t mean they are one. ;D

#2 What is the logic for this height.

#3 He never shares his PIN with anybody. 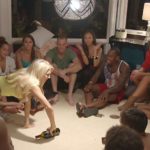 Truth or Dare with Friends? 20 Funny Dares You Can... 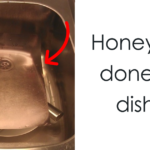 10+ Hilarious Pranks By Couples Who Are Not Afraid To...