GOT And Road Safety

One good thing that has started to happen in India on Social Media is people are able to contact the authorities directly about their concerns and feedbacks. The thing that makes is great is the responses and the actions that are being taken on people’s concerns and/or demands. Now Bangalore police have done something that is amazing and getting a lot of reactions from the people. The official twitter handle of BlrCityPolice has connected GOT and Road Safety. Jon Snow’s poster has been photoshopped and he is wearing something that is gonna make you laugh. People are retweeting the photo. I have started to believe now that finally, the police is doing something in India :P.

#1 Mom Kept Looking The One Hand, No Hands And No Teeth Thanks To Stunts.

#2 People In Bengaluru Can Only Think Of Drinking A Getting Stuck In A Jam Even If They Were Some Weird Wizard.

#3 Targaryen Helmet Is Coming In The Premiere Of The Finale Season Of GOT And BLR Police Is Already Bringing The Spoilers.


#4 If They Cannot Act On Roads They Started Acting On The Social Media. No Pun Involved Period. 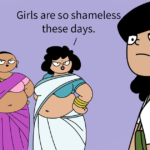 Lived With Family? This Indian Family Comics Will Make You... 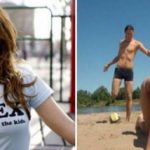 12 Unforeseen Most Funny Moments Ever, That Will Make You...