In 21st century, promotions the first preference for the marketing your product rather than a product. suppose you have a product but without promotion, you can’t sell it. Media play a major role for any type of promotion, some go to the reality show like the Kapil comedy show and dance India dance for promotion but AIB is ta different platform when it comes to promotion and Irrfan khan is also one of the characters or you can say a Bollywood star known for bakchodi. Everyone can see “Irrfan khan memes” are viral on social media. He comes with new bakchodi everytime, before Irrfan khan, No Bollywood star has done this level entertainment.
Reade’s cave shares the Template mode of Irrfan khan memes. Now the king of bakchodi can do anything with this memes template.

#1  The Best PlatForm For Imran KhanMemes.

#4 Bc Is Sab Mai Kuch Nhi Rakha Party Song Is The Best!

#6 Kapil Your Time May Over, Memes Are The Best Source Of Promotion. 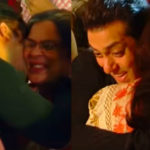 Video of Salman Khan Hugging Before Reema Lagoo Death Will... 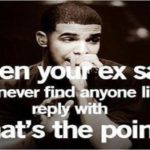