There are lots of the wrong perception about rape, like I did because she has interested etc. But this is also rape, even she is your girlfriend or may prostitute. In some cases when you romance with your GF or wife and she have no interest but she gets an orgasm, it doesn’t mean that she is willing to do this. There is a lot of depth on this matter, probably 10 out of 100, even this feeling can not be understood. But only one thing I will say always respect and try to understand to women. I personally suggest all men’s that they have to change their mentality and Give her a real place, which she deserves.

Reader’s cave shares some Tweet of the girl, in she which differentiate the feeling of rape and lovemaking and wrong perception about rape. In other words, you can say some real life facts.

#1  Strongly Says No!!! Think About Just A Second If You Are Girl.

#2 Rape Is Not A Crime, It’s A Sin And Its punishment should be death only.

#3 Normal Things, Self Lubrication Reaction In Vegi…It Doesn’t Mean She Is Interested.

#4 Really Hard To Understand The Woman And Woman’s Feelings.

#5 Smile On Her Face That Doesn’t Mean She Is Normal And She Has No Pain.

#6 Not Hard To Understand The Body React Mind It.

#7 Make Responsible To Everyone , And Just Understand The Circumstances. 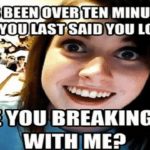 11 Tips to Impress a Girl on Whatsapp 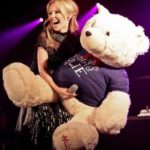